Consultancy and Trouble Shooting | Training | Contact Us
You have a question? - We have the answer
Home - David Armstrong 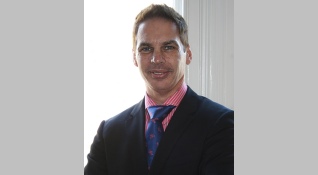 Expert representation and advice from a tenacious and true specialist advocate, with unrivalled experience and knowledge of local authority litigation and regulation.

DAVID practices as a Barrister from Derwent Chambers and is widely acknowledged not only as a highly skilled advocate, but also as a national expert on environmental, ASB, waste & regulatory issues. He has acted for authorities throughout the UK and is available for instruction nationally.


What people say about David:-

David Armstrong is available to take on both criminal and civil casework advocacy at all levels.

If you feel you may benefit from David's vast expertise, his services are openly available and are not restricted to support service members.

David is known in environmental circles as "the Wig". He began his career as a litigator in private practice, eventually becoming Head of Litigation of a Metropolitan Local Authority. David has since returned to private practice. He is highly experienced in all areas of local authority management, regulation and contentious work, from ASB, housing, waste law, environmental health and enviro-crime to licensing and planning enforcement.

David returned to the private sector in 2001, practising as a Solicitor Advocate and as a specialist consultant to local and national government and national agencies prior to Call to the Bar.

David is nationally acknowledged as an expert in local authority and public sector management, contentious and regulatory matters, with a particular specialism in environmental matters, ASB and housing regulation. In recognition of that expertise, David acted as the Defra nominated Chair of the host Boroughs’ 2012 Olympic coordinating committee.

David is also known as a specialist advocate in HMO and housing fraud matters.

David has conducted all forms of court proceedings, both civil and criminal, at various levels. He had conduct of the largest criminal prosecution case brought by a local authority in England (involving a national conspiracy to pass off condemned meat by fraud), requiring coordination of 27 warrant searches and over 400,000 exhibits. Amongst other things, David won the first appeal test case on the scope of Part I Environmental Protection Act 1990 authorisations, won the country’s first ever test case on application of the Dangerous Wild Animals Act in relation to wolf hybrids and has two Appeal Court precedent cases to his credit in relation to school catchment areas.

David has also been a Solicitors Regulation Authority accredited CPD trainer since 1996 and is regularly engaged by Central Law Training as a specialist trainer in court skills and environmental legislation to the legal profession.

David has worked with central government on the drafting of key environmental legislation and authored several of Defra’s guides on environmental regulation, including those relating to litter and waste regulation, litter clearing and street litter control. He most recently worked with the Home Office on amendment of the Anti-Social Behaviour Crime and Policing Act 2014.

David is available to take on cases and instruction nationally.